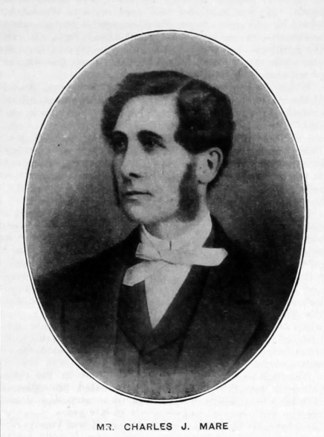 Following our recent blog on the London shipbuilder and MP for Greenwich, Peter Rolt, December’s MP of the Month is Charles John Mare. Mare was Rolt’s son-in-law and an innovative East End shipbuilder. Thought to be a millionaire when he was returned for Plymouth in 1852, his election proved the apex of his career. He was unseated for bribery in 1853, and declared bankrupt, for the first of four times, in 1855.

Charles John Mare (1814-1898) was the son of a Staffordshire potter, who travelled to London, aged 18, to undertake a legal apprenticeship with his uncle in the Doctors’ Commons. Not content with the prospect of a career in law, by 1837 Mare had used his ‘social connections with marine engineers in London’ to enter into partnership with Thomas Ditchburn, establishing the iron shipbuilders, Ditchburn, Mare & Co, in Blackwall, London. Building a name for themselves via their racing yachts, the firm eventually secured extensive contracts with the navy and various companies for cross-Channel steamers, as well as for the production of iron tubes for the Britannia Bridge and other civil engineering projects. In 1843 Mare married Mary Rolt, a ‘court beauty’, maid of honour to Queen Victoria, and daughter of fellow London shipbuilder, Peter Rolt. 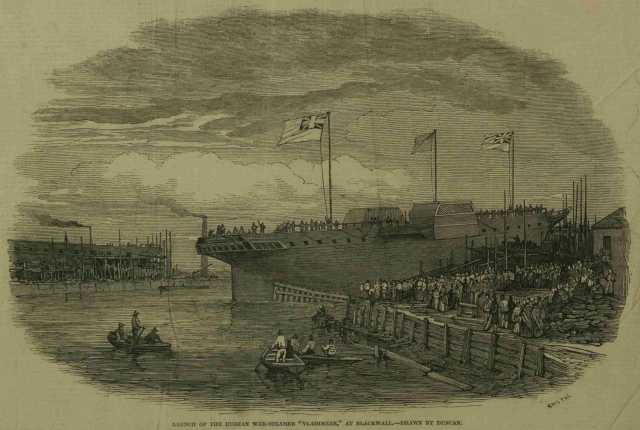 Mare’s ambitious plans to fulfil his company’s growing order sheet by creating the first vertically-integrated iron shipyard on the Thames, where all the materials required to build ships would be manufactured on site, led to the departure of Ditchburn from the firm in acrimonious circumstances in 1847. Despite this split, by August 1851 Mare’s plans appeared to be paying off, when it was reported that his huge site in Blackwall employed over ‘2,000 hands’, and had 25 ongoing shipbuilding projects worth upwards of half a million pounds. At the time, this included six vessels of 1,800 tons and a 2,200 steam-yacht for the Pacha of Egypt, the Faid Gihaad. 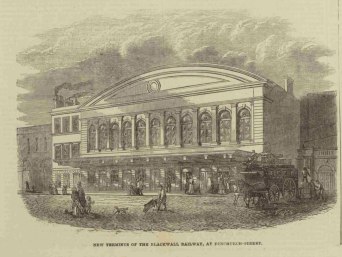 In March 1852, Mare’s receipt of a government contract to supply eight ships for mail services from Plymouth to India, and his position as a majority shareholder in the General Screw Steam Shipping Company (GSSSC), led to his candidacy at Plymouth. Coming forward as a Conservative ‘commercial man’ at the 1852 general election, he voiced his dissatisfaction with the recent ‘ill-advised and imperfect’ repeal of the navigation laws, which he contended had allowed ‘foreigners’ to ‘enrich themselves at our expense’, and opposed the ballot, any extension of the franchise, the removal of Jewish disabilities and the Maynooth grant.

During his lengthy campaign, Mare personally spent over £16,000 (about £1.6 million today) and wasted little opportunity in patronising Plymouth’s institutions and voters. A major focus of his campaign was his pledge to support the development of Plymouth’s dockyards, and his announcement of three 2,200 ton vessels for the GSSSC’s newly proposed Plymouth to Australia route. Mare was returned at the head of the poll in July 1852.

Mare’s excessive election spending and shameless treating of voters meant that his three Liberal opponents were so confident of unseating him through an election petition that they commenced preparations for a by-election within days of the opening of Parliament in November 1852. The Commons eventually considered the petition in May 1853, and his opponents’ charge sheet proved so convincing that Mare accepted his own guilt on the second day of an election committee. Among other accusations, Mare and his agents were found to have promised a government post to at least one voter, employment in a Plymouth foundry to 20 voters, and positions at his dockyard to up to 40 others. Some Liberals were so incensed that they called for Mare to be prosecuted in the criminal courts. During his brief time in parliament, Mare was a silent but loyal Conservative.

The launch of the Himalaya at Mare’s Blackwall site, a fortnight after he had been unseated for corruption, 24 May 1853, ILN, 28 May 1853

Mare became the subject of further public disgrace in October 1855 when he declared voluntary bankruptcy with unsecured debts of £160,000 and total liabilities of £400,000. The news was greeted with ‘universal surprise’ as his dockyard now employed upwards of 4,000 men. In public he blamed his bankruptcy on the delayed payments of clients, but it appears that Mare’s underestimation of costs on a range of contracts, and his profligate investments in property, the GSSSC and his Newmarket racehorse stud all contributed to his perilous finances. 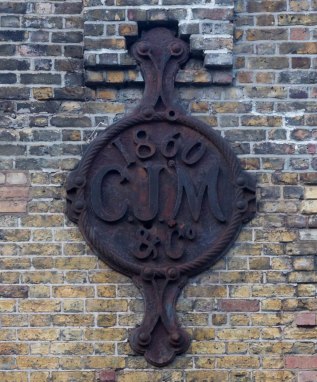 Despite his bankruptcy, Mare’s works remained in full operation, as did his reputation as a shipbuilder. His company’s multiple contracts and extensive operations represented sufficient value for his father-in-law, Peter Rolt, who was now MP for Greenwich, to purchase the firm’s assets in 1856. Mare’s vertically-integrated business model remained in place and thrived as the Thames Iron Works & Ship Building Company until the early twentieth century. As a result, Mare’s bankruptcy was annulled in December 1857, and soon after he was appointed as a site manager of a Northfleet shipyard. By 1860 he had assumed control of an extensive shipbuilding site in Millwall, under the name C. J. Mare & Co, which he developed on an even more ambitious business model than before.

He sold out of the company in 1862 but was again declared bankrupt in December 1867 after failing to curb his property investments and expenditure on the Turf. Having returned to business as a ‘paper dealer’ he was charged with defrauding a client for £300 in 1870 and was declared bankrupt for a third time in 1874. Following this he returned to the shipping industry as a boat inspector, but was summoned to the bankruptcy courts for a fourth time in 1884.

Having suffered from bronchitis for several months, Mare died destitute in Stepney Green in February 1898. He was survived by his wife, from whom he had been ‘unhappily separated’ for a ‘long number of years’, and was only spared a pauper’s burial after a public subscription was raised when news of his death circulated in the London press. Despite disregarding him in his later life, Mare’s contemporaries, as well as the Thames Ironworks and West Ham Borough Council were quick to acknowledge his influence over nineteenth-century shipbuilding in the East End, erecting a memorial in his honour that was placed in the entrance to West Ham Municipal College, which is now East London University’s Stratford Campus.