The current boundary commissions for England, Northern Ireland, Scotland and Wales, whose recommendations are scheduled to be implemented in 2018, have faced a number of problems at Westminster and in the localities. One ongoing point of contention has been the requirement, established by the 2011 Parliamentary Voting System and Constituencies Act, that the number of constituencies should be reduced from 650 to 600. In a striking parallel Earl Grey’s Whig government had also proposed to reduce the number of Commons seats from 658 to 596 in its original reform bill of March 1831. By December 1831, however, they had abandoned these plans entirely following accusations that the seats proposed to be disfranchised were mainly Tory constituencies. There were also fears over the increased constitutional power that redistribution might provide Catholic Ireland, and a general suspicion among politicians of single-member (rather than the usual double-member) constituencies.

While the latter point is no longer of relevance to Britain’s contemporary single-member system, fears of possible gerrymandering and partisan issues again threaten to undermine plans to reduce the number of MPs. When the current commission’s proposals were first published it was thought that the Labour Party stood to lose the most seats. However, following the results of the 2017 election, the Conservatives now look set to lose more nationally.

As in 1831, the constitutional balance of the four nations also threatens to disrupt the boundary review. As things stand, Wales is set to lose out most in terms of its relative representation. Furthermore, if the 2017 registration data continues the upward trend of 2016, English MPs may also argue they have been under-allocated seats due to the use of registration data from 2015 to calculate seat quotas.

The decision to abolish 50 Commons seats has also proved highly controversial in the constituencies, as it has forced the current boundary commission to merge many pre-existing constituencies. As well as suggestions that individual boundaries might favour particular parties, the commission has been accused of breaking up long-established legal, political and social communities. A notable example is their proposal for a Bideford, Bude and Launceston constituency, which cuts across the Cornwall and Devon boundary. 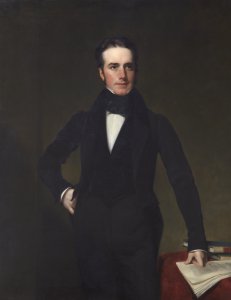 Thomas Drummond, Chair of the 1832 Boundary Commission (c) The University of Edinburgh

Similarly, during 1831, Tories and Radicals warned of Whig gerrymandering, and people from across the political spectrum expressed concern that boundary reform would destroy historic political communities and force together electors with divergent socio-economic interests. To counter this, when establishing the rules for redrawing borough constituencies, the head of the English borough boundary commission, Thomas Drummond, set out innovative, ‘scientific’ criteria to define electoral communities. These aimed to propose boundaries in a uniform manner across the country by evaluating every borough’s geographic, legal, economic and social circumstances. Importantly, this allowed boundary commissioners to ignore the political factions that operated in each constituency.

A similar framework was established for dividing 27 of England’s counties, a significant but often overlooked aspect of the 1832 reform legislation. In a manner comparable to the operation of the current commissions, the head of that commission, John George Shaw Lefevre, evaluated population data, geography, voter information and historic ‘communities of interest’ before dividing each county in as equal a manner as possible.

The application of these ‘disinterested’ rules for establishing borough and county boundaries proved remarkably successful. In contrast to the 1832 Reform Act itself, which occupied 15 months of furious debate at Westminster, the 1832 Boundary Act passed through Parliament with little objection. A major reason for this was that most MPs and constituencies accepted that the boundary commission had reformed the country’s electoral map fairly, and in a genuine spirit of impartiality. The current commission’s ability to push through its proposals will no doubt hinge on its ability to convince parliamentarians and voters that it has also been able to produce proposals from a ‘position of independence and impartiality’.

One other repeated criticism of today’s commission has been its use of the 2015 electoral register to allocate parliamentary seats to each region and design equal constituencies of around 75,000 electors. Critics have suggested that the commission base their modelling on either a prediction of all eligible voters, or a more up-to-date registration dataset, which might include those registered in the run-up to the 2016 EU referendum and the June 2017 general election. 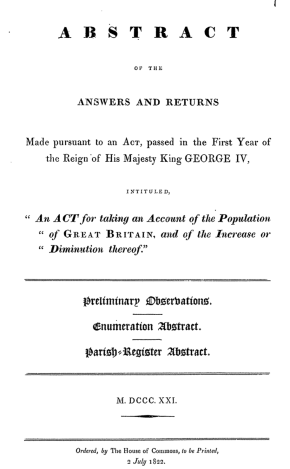 Prior to the commencement of the 1832 boundary commission, the Grey ministry’s reform proposals faced similar criticisms for using out of date information. In April 1831, just as the 1831 census data was becoming available, ministers were ridiculed for using census data from 1821 to decide which constituencies were to lose the right to elect MPs. As my article reveals, the tireless efforts of the 1832 commission to collect more up-to-date, accurate data proved pivotal to the ultimate success of the 1832 Reform Act. The mass of cartographic and statistical data collected allowed for the publication of an extensive report explaining every constituency proposal in remarkable detail. It also enabled the government to drop their much maligned census-based disfranchisement proposals. By remodelling their plans using up-to-date data, the Whig government was finally able to convince its opponents that the UK’s electoral map had been redesigned in an even-handed manner.

Ironically, the final proposals of the current boundary commission are also expected to be released around the same time as new data – in this case the figures for the 2017 registration. If the 2017 data shows drastic changes in the geographic makeup of the electorate since 2015, there may be similar calls to those experienced by the Whigs during 1831 for a re-evaluation of their constituency and boundary proposals. Whether the current commission will be able to respond with the same degree of success only time will tell.

M. Spychal, ‘‘One of the best men of business we had ever met’: Thomas Drummond, the boundary commission and the 1832 Reform Act’, Historical Research (August, 2017).