Many of our recent ‘MP of the Month’ posts have focused on self-made men from non-élite backgrounds. Their numbers on the back benches and contribution to the practical business of Parliament (especially in committee) grew dramatically during the Victorian era. Traditional landed back-benchers, by contrast, tend to get a bad press in this period. Famously denounced by Peel as ‘those who spend their time hunting and shooting and eating and drinking’, their poor attendance and apparent disdain for political work were increasingly criticised by contemporary observers and frustrated constituents during the Victorian era.

One of those who might have been expected to fit this mould was Sir Philip de Malpas Grey-Egerton. With his aristocratic name, inherited title and estates, and large mansion set in acres of rolling Cheshire parkland, Grey-Egerton was, to most observers, every inch the traditional landed back bench MP. He even had an eccentric and distracting pastime, as a pioneering ichthyologist and collector of fossilised fish, many of which ended up in London’s Natural History Museum. 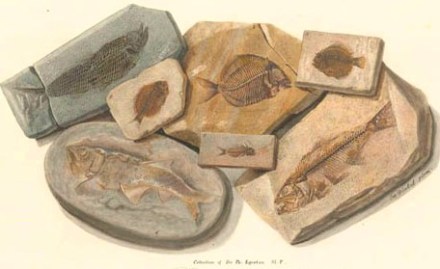 Some of Grey-Egerton’s fish fossils, now in the Natural History Museum.

Significantly, his entry in the Oxford Dictionary of National Biography concentrates almost entirely on his scientific achievements. These were sufficient for him to have an oriental bird, Actinodura egertoni, named after him. His service as an MP barely warrants four lines.

As a Victorian politician, however, Grey-Egerton was in many ways a remarkable figure. His career is a useful reminder of just how much still remains to be discovered about the activities of back bench MPs in this period, both from élite and non-élite backgrounds. 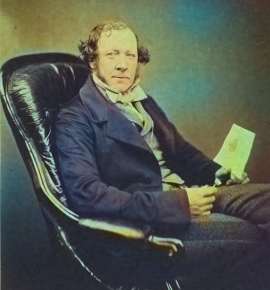 A Protestant campaigner and staunch Tory, by the time of his death in 1881 Grey-Egerton had clocked up 46 years continuous service in the Commons, and – adding in the year he had sat in the pre-Reform House – had become the second longest serving MP of his era. Despite his privileged background, his route into politics was far from straightforward. First elected for Chester in 1830, his opposition to the Grey ministry’s ‘crude and dangerous’ reform bill cost him his seat in 1831. Standing as a Conservative for the newly created constituency of Cheshire South in 1832, he enlisted the support of the recently established Carlton Club, but was still defeated, despite spending an astonishing £5,000 on his election campaign. Undeterred he helped to establish one of the earliest local Conservative Registration Associations for organising voter enrolment. By the time of the unexpected 1835 election they had secured such an overwhelming majority of Tory electors on the registers that no political opponent came forward, enabling Grey-Egerton to be elected without a contest.

Over the next 46 years Grey-Egerton became a steady presence at Westminster, loyally backing the Conservatives on most issues. He rarely spoke, famously criticising his fellow MPs for their ‘long and tedious speeches, platitudes, and reiterations’, but instead acquired a reputation as ‘one of the hardest workers in committees’. Appointed to the 1835 committee on the British Museum, of which he was a trustee, he became a member of the subsequent royal commission and served regularly on a range of similar inquiries as well as on private railway bills. In the 1860s he emerged as a leading figure in the inquiries into mine safety. 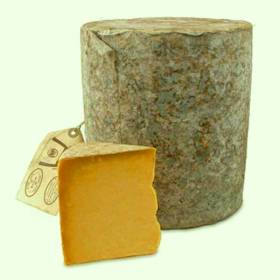 Cheshire Cheese: one of the local industries Grey-Egerton lobbied to protect

Grey-Egerton also looked after the interests of his constituency. When Peel’s tariff reforms threatened to harm Cheshire’s cheese industry in the 1840s, by slashing the duty on American cheese imports, he successfully lobbied the board of trade for an exemption, prompting complaints that he had used unfair ‘private’ influence with ministers such as Gladstone. In 1847 he joined other Cheshire MPs in a campaign on behalf of the region’s salt producers against the salt monopoly of the East India Company. Other issues that inspired him to make a rare appearance in debate included the reform of Cheshire’s constabulary and the devastating impact of the cattle plague on the county’s livestock farmers.

Grey-Egerton’s main bug-bear throughout his career, however, was the threat to the Protestant Church posed by Roman Catholicism and the ‘Jesuitical duplicity’ of Irish MPs like Daniel O’Connell. A lifelong supporter of making people observe the Sabbath, he was deeply committed to maintaining the privileged position of the Established Church, even if this meant keeping Dissenters out of Anglican universities and forcing everyone, whatever their religion, to contribute to church rates. In an extraordinary reminder of the legislative power that independent MPs continued to exercise in this period, in 1840 he managed to pilot a private members’ bill into law enabling new Anglican churches to be built in Cheshire using surplus funds from local tolls, in order to ‘check demoralisation’. The bill passed despite the opposition of the Whig ministry’s chief whip.

It was also religion that prompted him to rebel against the Conservative leadership. In 1845 Peel proposed to make funding of the Irish Catholic seminary at Maynooth permanent. Grey-Egerton opposed the measure and continued to campaign against state funding for training Catholic priests for the rest of his life. In 1846, along with most of his landed colleagues, he voted against Peel’s repeal of the corn laws. Thereafter he always remained something of a back bench rebel, breaking with the Conservatives to support Palmerston’s handling of the Crimean war in 1855 and finding fault with parts of Disraeli’s 1867 reform bill. One of his final acts was to vote against allowing Charles Bradlaugh, the renowned atheist and secularist, to take his seat as an MP without swearing the traditional oath on the Bible.

The full biography of Grey-Egerton (along with almost 1,000 of his fellow MPs) can be viewed for free on our 1832-68 website containing drafts of all our ongoing research. For details of how to view the site please click here.