From duelling to sharing the representation: Northumberland’s electoral politics in the nineteenth century

This post first appeared on the History of Parliament blog as part of a local history series on Northumberland’s politics. You can read the other posts in the series here and here.

In 1826 Northumberland experienced its first contested election since 1774, with four candidates vying for the county’s two seats. For the previous fifty years, electors had not had the opportunity to cast their votes, as the representation had been decided by negotiations between the major local landowners, who included the Percy family (Dukes of Northumberland), of Alnwick Castle; the Bennet family (Earls of Tankerville), of Chillingham Castle; and the Greys, of Howick. The breakdown of this compromise prompted an expensive contest in 1826, said to have cost the candidates £250,000 between them. This bitterly fought election saw an argument on the hustings between Thomas Wentworth Beaumont (one of the candidates) and John Lambton (son-in-law of the future Whig prime minister Earl Grey) spill over into a duel at Bamburgh Sands. In the event, this was bloodless, but memories of 1826 helped to shape the county’s electoral politics thereafter, with the major local interests keen to avoid a repeat of this vitriolic and costly campaign. 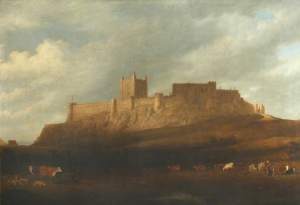 Northumberland was split into two double-member constituencies in 1832. The election town for the new, largely agricultural Northumberland North division was Alnwick. For Northumberland South, which contained most of the county’s coal mines and was more economically mixed, Hexham was where the hustings took place. The representation of both constituencies continued to be dominated by the county’s major landowners, who succeeded in their aim of avoiding election contests as far as possible. In the northern division, Earl Grey’s heir, Viscount Howick, who had sat for the constituency as a Whig since 1831, successfully quashed the possibility of a contest in 1832 by refusing to join forces with another candidate, the prominent local radical Matthew Culley. Howick feared that such a coalition might prompt his opponents to bring out a second candidate, and preferred instead to share the representation with the Conservative Lord Ossulston, heir to the Earl of Tankerville.

It was not until 1841 that Northumberland North had its first election contest, when Sir Matthew White Ridley, of Blagdon, oversaw Conservative efforts to win both seats. This succeeded in ousting Howick, but his cousin Sir George Grey topped the poll to regain a seat for the Liberals in 1847. The defeated Conservative candidate on that occasion, Algernon George Percy, Lord Lovaine, had been disadvantaged by being relatively late in the field. However, he defeated Grey in 1852, when he was elected alongside Ossulston. This marked the beginning of a new era in the constituency’s politics, with the Conservatives unopposed at the 1857, 1859 and 1865 elections. Ossulston succeeded to the peerage in 1859, when Ridley stepped into his shoes as MP, while Lovaine retired in 1865, when his father’s succession as 5th duke of Northumberland brought him new responsibilities. He was seamlessly replaced by his younger brother, Lord Henry Percy, an army officer who had won acclaim for his brave conduct during the Crimean War, for which he was awarded the Victoria Cross.

With most English constituencies electing two members until 1885, it was not unusual for the rival parties to take the decision to share the representation. While Northumberland North moved from shared representation in the 1830s to a battle over the representation in the 1840s, before settling into a period of Conservative hegemony from the 1850s, Northumberland South always returned one member from each side. Like the northern division, it was its major landowners – some of whom also had industrial interests through their collieries – who dominated the representation, and contested elections were rare: only in 1832 and 1852 did the electors go to the poll.

In contrast with Howick’s aversion to a coalition in the northern division in 1832, in Northumberland South the wealthy Whig landowner Thomas Wentworth Beaumont, who had been one of the county’s MPs since 1830, joined forces with the more politically advanced William Ord, who had previously sat for Morpeth, now reduced to single-member status. This sparked a bitterly fought campaign, in which Beaumont topped the poll and Ord finished in third place behind the Conservative Matthew Bell, who had been the county’s MP from 1826 to 1831. Bell continued to represent Northumberland South without a contest for the next twenty years, sharing the representation with Beaumont again in 1835 and with Christopher Blackett in 1837. The latter election was particularly uneventful, since Blackett was suffering from influenza and did not appear at the nomination. Still in poor health, he did not seek re-election in 1841, when Saville Ogle, a London-based barrister who had family connections to Northumberland, was the successful Liberal candidate. 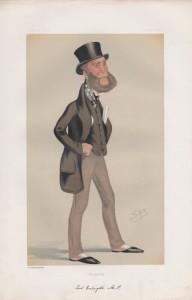 After being re-elected without opposition in 1847, Bell and Ogle both stepped down on health grounds in 1852. They were replaced as candidates by two local landowners: Henry George Liddell on the Conservative side and Beaumont’s son, Wentworth Blackett Beaumont, aged just 23, for the Liberals. Rather embarrassingly for Sir Matthew White Ridley, who masterminded Conservative electioneering in the southern as well as the northern division, a contest was provoked by the decision of his brother George to stand as a Radical. He later noted that ‘George, very improperly, stood on the Radical interest for the Southern Division. … He did not consult me at all’. He worked hard to rally support from the local landed gentry for Liddell, who won the second seat for the Conservatives with a majority of 99 votes over George Ridley. As in the northern division, the 1852 contest was the constituency’s last for more than a quarter of a century. Liddell remained as Conservative MP until 1878, when he succeeded to the Lords, while Beaumont represented the seat for the Liberals until 1885.

This entry was posted in Elections and tagged duels, Elections, Northumberland, shared representation. Bookmark the permalink.