MP of the Month: Charles Stanley Monck (1819-94) and Canadian Confederation 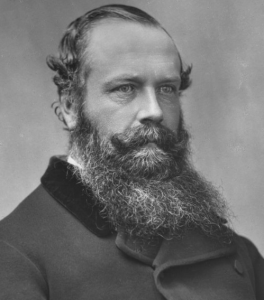 Today we mark the 200th anniversary of the birth of Charles Stanley Monck (1819-94), MP for Portsmouth, 1852-7, who in 1861 found himself at the head of Britain’s North American colonies at a turbulent time in their history. With a combination of shrewdness and practical common sense he guided them towards confederation as the new dominion of Canada.

Monck was the eldest son of the Hon. Charles Joseph Kelly Monck, of Belleville, county Tipperary, who in September 1848 succeeded his elder brother as 3rd Viscount Monck of Charleville. The Moncks were Wicklow landowners, but Monck himself did not expect to succeed to the family titles and estates when he began his studies at Trinity College, Dublin, in 1836. A ‘hail-fellow’ and unconventional dresser, whose ideas were considered ‘too democratic’ by his peers, he trained for the law and was called to the Irish bar in 1841. He does not appear to have practised, however.

Imbued with a strong sense of public duty, the young Monck associated with reform-minded politicians and during the Irish famine joined them in attempting to persuade the British government to redress Irish grievances. He became involved in an abortive attempt to form an ‘Irish Party’ to unite the country’s parliamentary representatives in a common effort to secure measures to deal with the famine. He was also secretary of the Irish Reproductive Works Committee, a cross-party body formed in December 1846 to promote public works and other schemes to regenerate the Irish economy.

Monck’s zealous devotion to Irish interests did not go unnoticed and in April 1848 he stood at a by-election in County Wicklow. An able and popular landlord who was allied to no party, he called on the electors to abandon ‘senseless disputes about political theories’ and apply themselves instead to the ‘physical improvement’ of Ireland, arguing that Irish tenants should be compensated for improving their holdings and criticising absentee landlords. He was, however, opposed by the county’s leading landowners and was narrowly defeated by the former Liberal MP, Sir Ralph Howard.

A year later Monck succeeded as 4th Viscount Monck and inherited a heavily indebted estate of 16,000 acres in the province of Leinster. He remained active in public affairs, and after becoming a commissioner of charitable donations and bequests was responsible for administering funds raised for famine relief in Ireland. This work brought him into contact with high-ranking politicians such as William Gladstone.

As an Irish peer he was not allowed to represent an Irish constituency but he could sit for an English one, so at the 1852 general election he offered for the naval borough of Portsmouth as a free-trader and Peelite critic of Lord Derby’s Conservative government. He was returned unopposed. Once in the Commons he proved an eager parliamentarian, sitting on a number of select committees and closely following the Liberal party line. In April 1853 he spoke in defence of the Irish national education system, and in March 1855 was appointed a lord of the treasury and keeper of the privy seal to the Prince of Wales, overcoming a Liberal challenger at the ensuing by-election. For the next two years he acted as the party’s ‘Irish whip’ but narrowly lost his Portsmouth seat at the 1857 general election. Now without any prospect of returning to the Commons, he resigned from his official positions in February 1858.

Monck contested the 1859 general election for Dudley, where his opposition to the ballot saw him lose out to another Liberal. In dire need of income, he let it be known that he was willing to take up a colonial appointment and accepted the post of governor-general of British North America from the prime minister Lord Palmerston in August 1861. Although inexperienced and relatively unknown, he arrived at Quebec when war with the United States appeared imminent and it was thought that he would need to exercise his authority with ‘a strong and vigorous hand’. However, with patience and impartiality he built the coalition in Canadian politics which paved the way for the confederation of Upper and Lower Canada, Nova Scotia and New Brunswick. At the same time he emphasised the need for strongly centralised government for the new dominion. He resigned as governor-general in November 1868 and was thanked for his services by the queen. He was created a knight grand cross of St. Michael and St. George in June 1869 and appointed to the privy council that August.

Monck had been awarded a UK peerage in July 1866 and continued his political and administrative career in the House of Lords, serving on commissions on Irish Church property and the national education system in Ireland. In 1874 he was appointed lord lieutenant of county Dublin. His practical interest in agriculture fitted him for the difficult task of implementing Gladstone’s 1881 Irish Land Act and he served on the Irish land and arrears commissions. Debilitated by arthritis, he left public office in 1884 and subsequently broke with the Liberals over Gladstone’s plan for Irish home rule. He died at Charleville in November 1894.

1 Response to MP of the Month: Charles Stanley Monck (1819-94) and Canadian Confederation