Ethnic minorities in Parliament: a new addition to the Victorian Commons

In our research on the membership of the House of Commons between 1832 and 1868, we previously identified two non-white MPs: John Stewart, MP for Lymington, 1832-47, the illegitimate son of a West Indian plantation owner, who was probably of mixed ethnicity; and David Ochterlony Dyce Sombre, MP for Sudbury, 1841-2, who was of mixed European and Indian descent. However, in her new book, Dr. Amanda Goodrich of the Open University has uncovered fresh information about the father of one of our MPs which means that we have a third name to add to our list, as she explains in this guest post. 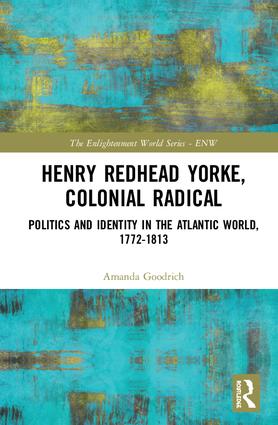 There is much focus today on restoring forgotten black and mixed ethnicity (BME) people to their rightful place in British history.  No BME Members of Parliament have been identified by the History of Parliament in the Georgian period and only two – as noted above – in the 1832-68 period. This is partly because those writing the original volumes on the eighteenth century would not have focused on BME ethnicities and such details were often omitted from autobiographical material. But, as my recently published book on Henry Redhead Yorke illustrates, that does not mean there were not more BME individuals involved in British politics. They may well be difficult or impossible to identify due to the conventional hierarchical archive structures or the lack of primary sources, but that does not mean that they did not exist. 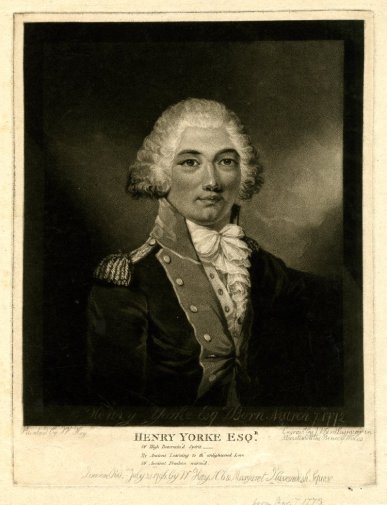 Henry Galgacus Redhead Yorke (1802-1848), who represented York from 1841 until 1848, is one such previously unidentified MP of BME heritage. Until my research proved otherwise it was assumed that he was English. In fact his father, Henry Redhead Yorke (1772-1813), was a West Indian creole of African/British descent, whose mother was a manumitted slave from Barbuda and whose father was an Antiguan plantation owner and plantation manager of the Codrington family’s estates in Antigua. It was also previously assumed that Henry Redhead Yorke was white, but the evidence indicates that he was a man of colour.

Henry Redhead Yorke was born in 1772 and brought up in a slave society on the island of Barbuda. He was taken to England as a small boy to be educated as a gentleman. Such a move was common for wealthy plantation families who sent their sons ‘home’ to be educated, and desired to retire ‘home’ to England even if in fact they were born in the West Indies. When they did immigrate to England they often brought an entourage with them including legitimate and illegitimate children, wives and slave mistresses and their children. Such flagrant flaunting of sexual impropriety between planters and slaves shocked the indigenous English population. Yet such West Indian planters were often extremely wealthy, and this gave them implicit privileges not shared by other BME people in England at the time.  Indeed, the English élite were keen to marry their younger sons and daughters to the children of wealthy West Indians to boost the family coffers.

Henry Redhead Yorke followed the educational route for a role in formal politics or the law, studying at Cambridge University and then undertaking legal training at Inner Temple. He joined the Whig Club in 1790. However, he then performed a political volte face to become an extra-parliamentary radical revolutionary. He visited Paris, experienced the French Revolution at first hand, and adopted revolutionary ideology. On returning to England in 1793 Yorke became a radical activist preaching revolutionary ideas to ordinary people around Britain. He was arrested for his radicalism and imprisoned in Dorchester Gaol in 1795. On his release in 1798 he expeditiously changed his politics again, becoming a loyalist patriot and conservative journalist and writer. He retained his gentlemanly status throughout his turbulent political life and married the daughter of the wealthy keeper of Dorchester Gaol. They had four children, one of whom was Henry Galgacus Redhead Yorke. Yorke brought his sons up as gentlemen, educating them at public schools and Cambridge University.

Henry Galgacus Redhead Yorke carried on the tradition, marrying well, to the Hon. Elizabeth Cecelia Crosbie, daughter of William Crosbie, 4th Baron Brandon (an Irish title), and granddaughter of Lady Cecilia Latouche, daughter of the first Earl of Milltown. He served as Liberal MP for York from 1841 until 1848. He lived in Eaton Square and was a member of the Reform Club. Thus, his assimilation into English society appeared complete. However, his parliamentary career ended in tragedy, as he died by suicide in 1848 very publicly in Regent’s Park by taking prussic acid. The jury at his inquest returned a verdict of insanity.

By unearthing one BME Georgian in the archives, it has been possible to shed new light on the background of one Victorian MP. Both were well hidden due to lack of archival evidence and historians’ assumptions about their ethnicity. Of course, it was not easy for BME individuals to rise to the social and political ranks required of MPs. Yet, wealthy West Indian planters were something of a unique group, who through their wealth and by marrying their children to members of the elite gained access to Parliament. Nathaniel Wells, of African British descent, became deputy lieutenant of Monmouthshire. Richard Beckford, an illegitimate child of William Beckford and a slave in Jamaica, stood for Parliament in Hindon, Wiltshire in 1774. The Lascelles, from Barbados, found their way into both houses of Parliament. One historian has noted that men from planter families ‘were everywhere as mayors, aldermen and councillors’.

This raises the question of how many more MPs and political activists from the past may have been of black or mixed ethnicity?  It is important we explore this question to ensure we represent British history accurately, incorporating all those who have played a part in our past with equal attention.  We must restore forgotten BME individuals to their place in British history.  As the Royal Historical Society has recently argued, changing our approach to BME histories ‘is imperative to enhance public understandings of the past in Britain’ and ‘to reflect the full diversity of human histories’.

13 Responses to Ethnic minorities in Parliament: a new addition to the Victorian Commons