The role and power of the House of Lords 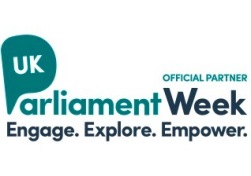 To mark Parliament Week 2018, our editor Dr Philip Salmon looks at a key element of Parliament which we don’t usually have much opportunity to reflect on in our work on Victorian MPs and constituencies: the House of Lords. Yet, as he explains below, the upper chamber played a vital role in many important 19th century reforms and continued to wield significant influence even after the 1911 Parliament Act. 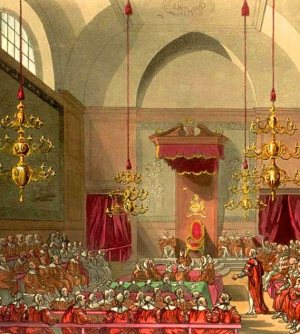 The House of Lords remains a rather neglected subject in modern British political history. One recent study has even suggested that ‘for the last half-century and more it has been largely ignored’ (but note the reading list below). Most studies constructed around the traditional theme of democratic development inevitably tend to downplay the significance of the ‘unelected’ chamber. The Lords, however, should not be under-estimated.

Over half the twenty prime ministers of the 19th century, including the two longest serving (Liverpool and Salisbury), formed their governments as peers, while two more (Russell and Disraeli) started out in the Commons but later served as premier in the upper house. For just over half the entire nineteenth century, the government was led by a prime minister sitting in the Lords. At ministerial level the presence of peers was more striking still, even well into the 20th century. Attlee’s first Cabinet of 1945 and Macmillan’s in 1957 contained five members of the Lords, while Churchill’s of 1951 had seven.

Rather than being separate or even rival institutions, as is sometimes assumed, the Victorian Commons and Lords were in fact deeply integrated in terms of their practical business, politics and personnel. Family ties and patronage networks ensured a close working relationship between members of both Houses, with many MPs either succeeding or being promoted to peerages. Many peers also continued to exercise a considerable degree of influence over elections to the Commons. Where conflicts between the two Houses did occur, as for example over the famous 1832 reform bill, they were primarily shaped by the political composition of the Lords rather than any deep-seated institutional jealousies.

The Lords always remained an overwhelmingly Tory chamber. Even by 1880, despite years of Liberal peerage creations aimed at trying to rectify a long-standing imbalance, the number of Liberal Lords had only just passed the 200 mark, or roughly 40%, of the total. This was then decimated by the Liberal party splitting apart over Irish home rule.

One effect of this was that many Whig and Liberal measures that passed the Commons were often defeated or altered out of all recognition by the Lords, sometimes even against the express wishes of the Tory leaders. The Whigs’ original 1835 municipal reform bill, for instance, was completely mangled by the Lords in defiance of the Conservative leader Sir Robert Peel’s instructions.

The fact that so many controversial reforms of the 19th century ended up being proposed by Tory or Conservative governments, however, also meant that the number of conflicts between the two Houses was far lower than it otherwise might have been. Hugely contentious issues such as Catholic emancipation (1829), the Maynooth grant (1845), the repeal of the corn laws (1846) and the 1867 Reform Act, all of which would surely have been defeated in the Lords if sent there by a Liberal ministry, were allowed to pass by a Tory-dominated Lords, albeit with varying degrees of dissent. 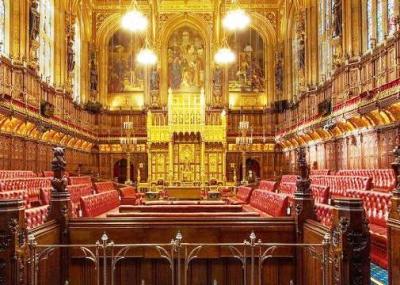 The Victorian House of Lords, completed in 1847

Steady resistance in the Lords to measures such as the abolition of church rates, the removal of religious tests in universities, and allowing Jews to enter Parliament, put them at odds with the Commons on a regular basis throughout the 1850s and 1860s, but again it was at the behest of leaders, notably Disraeli, that they eventually gave way. In 1868 the Lords threw out Gladstone’s preliminary measures for disestablishing the Anglican church in Ireland. Following that year’s general election, however, which gave the Liberals a substantial majority, the Tory Lords reluctantly consented to pass a compromise measure at the behest of their leader Lord Cairns.

One area where institutional conflicts did occasionally occur, however, was over finance. This was supposed to be the exclusive preserve of the lower House. A problem here, however, was what exactly this financial embargo covered. In 1860, in an important showdown between the chambers, the Lords rejected the Liberal ministry’s proposals to abolish the duties on paper. This formed part of the government’s broad move towards obtaining more revenue from income and property, but was seen by many peers as touching on wider national issues as well. Rather than confront the Lords head on, the ministry passed resolutions in the Commons reasserting its exclusive right to deal with all money matters, and in the following session controversially inserted the proposals into their budget. Despite many objections this was duly passed.

The 1911 Parliament Act, and beyond

This increasing practice of ‘packing’ budgets with other measures lay at the heart of the constitutional crisis of 1909-11. After three years of throwing out a series of Liberal reforms, including an unpopular licensing bill, and earning themselves their reputation as ‘Mr Balfour’s poodle’, the Lords went one step further and rejected the so-called ‘People’s Budget’ of 1909. As well as extending inheritance duties on landed estates, this had also tacked on previously rejected licensing and land valuation reforms.

The Liberal ministry called an election, held in January 1910, but their resulting losses made them heavily dependent on the support of the Irish nationalist MPs and Labour, both of whom shared the Liberal party’s growing commitment to a formal reduction of the Lords’ powers. After months of high political drama and abortive negotiations between the two Houses, and yet another general election in December 1910 that solved nothing, the Parliament Act of 1911 was eventually passed under the threat of mass peerage creations by the king.

Much has been made of the way the 1911 Parliament Act formally ended the Lords’ ability to interfere in money matters (as defined by the Speaker) and its replacement of the Lords’ complete veto over legislation with a delaying power of two years. In reality, however, this was precisely the way in which the Lords had operated for most of the 19th century, rarely intruding into budgetary matters and often postponing rather than preventing the passage of controversial measures (with the obvious exception of Irish home rule).

Not only were the Parliament Act’s provisions limited to bills that originated in the Commons – leaving completely untouched the peers’ powers over bills introduced in the Lords and all secondary or delegated legislation – but also the opportunity for bills to be delayed until after the next election in effect conferred a ‘referendum’ power on the upper house, legitimising its claims to a separate constitutional relationship with the electorate.

Perhaps most significantly, the Parliament Act’s technical requirements – bills delayed by the Lords had to go back through the Commons in the same form three times before becoming law – in practice made it far too cumbersome to be used on a regular basis. Tellingly, during the 20th century it was implemented just six times. In 1914 Welsh church disestablishment and Irish home rule were enacted under its provisions, only for their implementation to be suspended for the duration of the First World War (and in the latter case aborted owing to Irish independence). The 1949 Parliament Act, which further reduced the Lords’ delaying powers to one year, also reached the statute book without the Lords’ consent, as did the 1991 War Crimes Act, the 1999 European Elections Act and the 2000 Sexual Offences Act.

All other legislation that was passed during the 20th century, however, continued to be debated, scrutinised and where necessary amended by the Lords before becoming law, much as it had been during the Victorian era. The only difference was that after the primacy of the Commons had been asserted during the showdown of 1909-11, the Lords became less disposed to be combative in its approach and more inclined to engage in political manoeuvrings behind the scenes. To this extent, it could be argued that the change implemented in the early twentieth century was as much a cultural as a constitutional one.