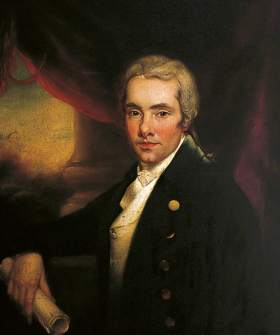 Trading heavily on his family name, William Wilberforce (1798-1879), eldest son and namesake of the noted anti-slave trade campaigner, was elected in 1837 as Conservative MP for Kingston-upon-Hull, which his father had represented from 1780 until 1784. During one election meeting he was overcome with emotion when referring to his father (who had died four years earlier), declaring that he wished to ‘follow his example, and endeavour to diffuse among all nations, light, liberty, and civilization’. On his canvass of the electors, he noted that ‘I find the name of my father, your own townsman, a passport to the hearts of all around me’.

Despite his family background, Wilberforce’s career before entering Parliament had been distinctly unpromising, and he had been a considerable source of anxiety to his parents. In 1816 his father noted his ‘sad qualities’ and ‘selfishness’, and the following year bemoaned that ‘I fear he has no energy of character or solid principle of action’. In 1820 Wilberforce senior described his son as ‘in many respects extremely amiable; & his talents are certainly of a superior order, but he sadly wants diligence’. Wilberforce junior disappointed his parents with his idle habits and extravagant spending as an undergraduate at Cambridge, where his misdemeanours including getting drunk on a Sunday. They consequently removed him from the university.

Although Wilberforce qualified as a barrister in 1825, he quickly decided that the legal profession was not for him. Instead, with financial support from his father, he invested in a dairy farm at St. John’s Wood, which aimed to supply London’s residents with cheap and pure milk. However, this venture failed in 1830 due to an unreliable business partner and a severe drought, running up a debt of £50,000. Bailing out his son proved financially crippling for Wilberforce senior, who rented out his house in order to economise. Wilberforce junior spent time in Switzerland and Italy in order to escape his creditors. Meeting him at Naples in April 1833, John Henry Newman found him ‘certainly graver – I cannot exactly say, wiser’.

Wilberforce’s election in 1837 for his father’s former constituency offered the potential for a new start. Proud to follow in his father’s footsteps, he argued at a celebratory election dinner that his victory showed the importance of the ‘hereditary principle’ in Parliament, in contrast with the ‘reckless change and innovation’ urged by the Liberal party. His father had earlier advised that should he ever enter the Commons, he should choose ‘some specific object, some line of usefulness’. Yet while Wilberforce senior’s election for Hull had marked the beginning of a 45 year career in the Commons – he subsequently sat for Yorkshire, 1784-1812, and Bramber, 1812-25 – his son’s time at Westminster was brief and unremarkable. He managed to make only three speeches in the chamber before he was unseated on petition in March 1838.

The reason for his unseating was that Wilberforce did not possess the property qualification then required of MPs. The election committee agreed that his Yorkshire estates – inherited from his father – were of sufficient value to qualify him. However, rather ironically, given Wilberforce senior’s hopes that his son might follow him into Parliament, the complex terms under which Wilberforce junior was granted these properties by his father’s will – notably that trustees had the power to sell the estates within 21 years of Wilberforce senior’s death – meant that he lacked the ‘absolute and indefeasible interest’ in these properties which the law demanded.

Despite this setback, Wilberforce stood again, seeking election at Taunton at the 1841 general election. He finished third in the poll behind the sitting Liberal MPs, despite resorting to bribery in his efforts to win the seat. His brother Samuel complained that ‘had his hands been clean’, Wilberforce might have been able to petition successfully against his opponents, who had apparently also resorted to corrupt practices.

In September 1841 Wilberforce made his final attempt to enter the Commons, at a by-election at Bradford, where he was proposed as ‘the son of one of the best men who ever adorned the country’. Despite being an outside candidate, while his opponent was a former MP for the borough, Wilberforce came within four votes of victory. He subsequently faded from public view, leading what one obituary described as an ‘unsympathetic, aimless, objectless life’. 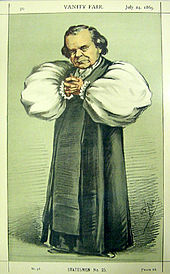 He spent much time abroad in the late 1850s and early 1860s, residing at St. Germain en Laye, near Paris. An American visitor who met him there in 1857 found him ‘rather dull, with nothing of his father but the name’. In common with his brothers Henry and Robert – both of whom were Anglican clergymen – he converted to Roman Catholicism. Their fourth brother, Samuel, the most prominent of Wilberforce senior’s sons, remained an Anglican, serving as Bishop of Oxford, 1845-69, and Winchester, 1869-73. Nicknamed ‘Soapy Sam’, he was involved in a famous debate on evolution with Thomas Huxley and others at Oxford in June 1860. William Wilberforce returned to live in England in the 1870s and died in 1879.

This entry was posted in Biographies, MP of the Month and tagged Bradford, Hull, Kingston-upon-Hull, Taunton, William Wilberforce. Bookmark the permalink.