What’s in a name? Part 2: from science to soup

In Part I of our ‘What’s in a name?’ blog, we looked at some of the many places named in honour of nineteenth-century MPs, including the site of the world’s largest Adélie penguin colony and one of Cape Town’s main streets. Drawing on the biographies we have researched for our 1832-68 project, our second instalment explores some more curious examples of things bearing the names of MPs.

In 2002 it was a Victorian MP who was honoured when the decision was made to change the name of one of the areas in the shipping forecast: Finisterre, off the north-west coast of Spain, became Fitzroy, named after Robert Fitzroy, the pioneer of weather forecasting, who was Conservative MP for Durham from 1841 until 1843.

Fitzroy’s enthusiasm for science was by no means unusual among the MPs we have researched. Lewis Weston Dillwyn, who represented Glamorgan as a Whig between 1832 and 1837, was a renowned botanist, who wrote the first comprehensive study of British algae, the Natural History of British Confervae (1802-9). He was held in great esteem by his scientific contemporaries, and Sir James Edward Smith paid tribute to him when naming the genus Dillwynia, an Australian plant of the pea family, commonly known as the parrot pea.

Another botanical honour was conferred on George Patton, who sat briefly as Conservative MP for Bridgwater in 1866. He took a keen interest in arboriculture, encouraging expeditions to North America to collect new varieties of conifer. One of these, Abies pattoniana, was given his name and was introduced on his Scottish estates.

To complete this scientific quartet is the Cheshire MP Sir Philip de Malpas Grey Egerton, one of the longest serving Conservative MPs in this period. He was, however, best known as a leading palaeontologist, who specialised in the collection and study of fossil fish, on which he wrote numerous papers for the Geological Society. In 1836 his fellow scientist, the ornithologist John Gould, gave Egerton’s name to a bird common to South Asia, the rusty-fronted barwing, Actinodura egertoni. 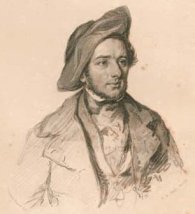 While these cases reflected the scientific enthusiasms of these four MPs, another parliamentarian was commemorated in a more unusual way. A noted gastronome, Lord Arthur Marcus Cecil Hill, the chairman of the Reform Club from the mid-1840s until 1860, was the patron and supporter of Alexis Soyer, the club’s celebrated French chef. Among the dishes featured in Soyer’s splendidly-named cookery book, The Gastronomic Regenerator (1846), was ‘Potage à la Marcus Hill’. This recipe began with the injunction to ‘take three or four pounds of the knuckle of veal, and half a pound of lean ham in dice… add two onions, three carrots, two turnips, and half a pint of broth’. This formed the basis for a stock which was added to a ‘chiffonade’ consisting of ‘four cabbage lettuces, one cos [lettuce], a handful of sorrel, a little chervil, and tarragon, with two cucumbers finely sliced’, with the final ingredient in ‘this delicious soup’ being ‘a quart of young fresh peas’.

As our research continues for the 1832-68 project, we hope to find some more examples to add to this eclectic collection. For details on how to access the biographies of MPs featured in this post, see here.

This entry was posted in Biographies. Bookmark the permalink.

1 Response to What’s in a name? Part 2: from science to soup