MPs at the crease: a Victorian Commons First Eleven 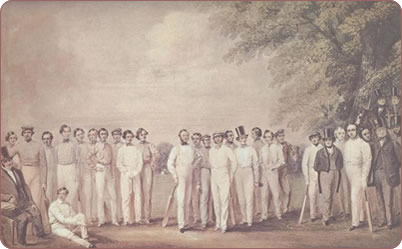 The Cambridge University cricket team, 1847. On the far right, on a horse, is Charles Wentworth Fitzwilliam, later MP for Malton

Cricket fever is about to sweep the nation. Today (10 July) sees the start of the 2013 Ashes series between England and Australia, a celebrated and fiercely contested rivalry that dates back to 1882. Historically, cricketing terminology, with its allusions to ‘fair play’ and playing with a ‘straight bat’, has been a mainstay of British political discourse. This was certainly the case in the Victorian era. For example, in 1864, when the Conservative opposition moved a motion criticising the government’s response to the Schleswig-Holstein question, Lord Elcho, who believed the motion was politically motivated, argued that the Conservatives ‘think they have been fielding long enough, and that it is now their turn to have an innings’.

The link between the cricket pitch and the Victorian House of Commons becomes even stronger when we consider MPs who, away from the debating chamber, put on their ‘whites’ and stepped up to the crease to play in first class matches. So, in the spirit of the game, what follows is a First Eleven of cricketing MPs, elected between 1832 and 1868.

To open the batting is Henry Cecil Lowther, Conservative MP for Westmorland from 1812 until his death in 1867, when he was Father of the House. Lowther, ‘a tall man with a white beard and remarkably red face’, suffered from ‘extreme diffidence in public speaking’ and throughout a career that spanned over half a century he only spoke once in the Commons.  At the crease, however, his prowess was undoubted. He made 47 appearances in first class matches for Hampshire and Surrey, and was described as ‘a good steady batsman, forward in style’. 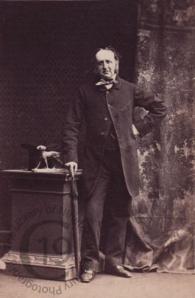 Lowther’s fellow opener is Edward Harbottle Grimston, Conservative Member for St. Albans from 1835 to 1841. Like Lowther, Grimston’s silence in the Commons contrasted with a flair for batting. Regarded as ‘one of the best style of players ever seen’, Grimston appeared in 30 first class matches as a right-hand batsman between 1832 and 1847, playing for, amongst others, Marylebone Cricket Club (MCC) and the Gentlemen of England, and posting a highest score of 74 runs. 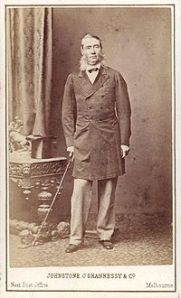 Not all cricketing MPs were silent and inactive in the Commons. At number 3 is John Henry Thomas Manners-Sutton, Conservative MP for Cambridge 1839-40 and 1841-47, who served in Robert Peel’s cabinet as Under-Secretary of State for the Home Department. Manners-Sutton played ten matches for Cambridge University and the MCC between 1832 and 1836. Meanwhile, our fourth batsman, William Deedes, spoke in the Commons over 200 times as Conservative Member for East Kent from 1845 to 1862. In a brief but busy sporting career, he played first class matches for the MCC, Kent, Hampshire and Surrey.

Conservative county MPs make up our next three cricketers. William Bagge, an ‘affable, unostentatious country gentleman’ and staunch Protectionist who sat for Norfolk West, 1837-57 and 1865-80, played for Norfolk and the MCC, while Thomas De Grey, who represented the constituency with Bagge between 1865 and 1870, appeared for the MCC and the Gentleman of England. It is not known whether De Grey’s defensive skills were called into action at the 1865 general election when he was pelted at the hustings with hare-skins! Next up is Lord George Stanhope, MP for Nottinghamshire South from 1860 to 1866. His career in the Commons was unremarkable, but he appeared in five first class matches for Nottinghamshire and the Gentlemen of the North, with a batting average of 13.50. In 1870 he helped found Derbyshire Cricket Club, becoming its first president.

At 8 and 9 we have two brothers. William Wentworth Fitzwilliam (Viscount Milton), Liberal MP for Malton, 1837-41 and 1846-47, and Wicklow 1847-57, and his younger brother Charles William Wentworth Fitzwilliam, Liberal MP for Malton 1852-85. William, who employed a cricketing tutor, played for the United Eleven of England in a match at Dublin in 1854 and became president of the MCC in 1856, while Charles played one game for the MCC in 1849.

Finally, the Victorian Commons tail-enders comprise two MPs whose careers in the Commons and at the crease were equally perfunctory: Gervaise Tottenham Waldo Sibthorp, Conservative MP for Lincoln, 1856-6, who played four first class matches for Oxford University, and Walter Cecil Chetwynd Talbot, Conservative MP for County Waterford, 1859-65, and a noted sailor, who played one match for the MCC in 1851, scoring 9 runs.

So there we have the Victorian Commons First Eleven, comprising 9 Conservatives and 2 Liberals. Although the combined batting averages of the players is only 9.23 runs, it seems that in an age which witnessed a ‘rage for speaking’ in Commons, the majority of this team were more comfortable standing up to a bowler than standing up in the debating chamber.

The batting statistics for the MPs discussed in this blog are taken from the excellent website http://www.cricketarchive.com

This entry was posted in Biographies and tagged Cricket, Sport. Bookmark the permalink.

1 Response to MPs at the crease: a Victorian Commons First Eleven