American presidential elections: the view from the Victorian Commons

Today marks the climax of one of the closest and hardest fought American presidential elections in history. The contest between the Democratic incumbent Barack Obama and his Republican challenger Mitt Romney has been copiously covered by the British press, reflecting this country’s keen interest in the election of ‘the most powerful person on Earth’. The roots of Britain’s fascination with American politics in general, and presidential elections in particular, can be traced back to the beginning of the 1830s. At a time when British MPs were debating the merits of parliamentary reform, the example of America, a broadly Anglo-Saxon country whose political institutions had evolved out of English precedents, was extremely prescient. 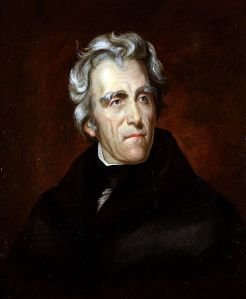 British MPs thought little of the quality of American presidents in the 1830s, 40s and 50s. Even though Jackson’s successors did not share his rough personality, the likes of Harrison, Pierce and Taylor hardly inspired confidence. William Baxter, Liberal MP for Montrose Burghs 1855-88, whose America and the Americans was published in 1855, believed that the victors of presidential elections were the men with the fewest enemies, rather than the most talented, or statesmanlike, such as in 1844 when the relatively unheard of James K. Polk beat the highly skilled Henry Clay. An exception to the rule, though, was Abraham Lincoln. John Stuart Mill, Liberal MP for Westminster 1865-68, who had long criticised the United States for the quality of its presidents and its low morality, championed Lincoln’s political genius and his commitment to the abolition of slavery.

For many in the Victorian Commons, the main failing of American democracy was that the elective system did not find the best men to govern the country. Not only was the electoral college thought to be a partisan sham, but also the incessant electioneering was a source of mischief. For Mill, the intervening time between presidential elections was ‘spent in what is virtually a canvass’. As the novelist and former parliamentary reporter Charles Dickens argued in his American Notes, electioneering was ‘so fierce and brutal, and so destructive of all self-respect in worthy men’, that the most able candidates ‘kept aloof’. The spectacle of presidential campaigns certainly left ‘a very unpleasant impression’ on Baxter, who was horrified by the ‘the self-adulation, the partisan flattery, the personalities, and the discursiveness of those who took part in them’.

The actual mode of voting in American elections was also a subject of grave concern for Victorian MPs. America’s adoption of the secret ballot was consistently drawn on by MPs debating whether such a system should be introduced to Britain. For some MPs, such as Montague Feilden, Liberal MP for Blackburn 1853-57, who had first-hand experience of American elections, the secret ballot was a vital means of ensuring real political liberties. For others, however, it simply fed bribery and corruption. For example, Charles Howard, Liberal MP for Cumberland East 1840-79, believed that the ballot would lead to ‘tampering with the returns by the government of the day; at least such had been found to be the case in America’. The stain of corruption on the American political system became a familiar refrain of MPs opposed to the ballot, until it was finally introduced in Britain in 1872.

It would be wrong, though, to conclude that the view of the American political system from the Victorian House of Commons was a wholly negative one. Despite his misgivings, Baxter, in a Commons speech of 1856, praised America’s ‘honest and substantial citizens’ who ‘had three or four times interposed to prevent the schemes of the politicians’. In 1842 Lord John Russell declared that the United States was ‘the only country which I would compare with this for enjoyment of liberty and the full fruits of civilization’, while Benjamin Disraeli thought that democracy was suited to America.

However, if Victorian politicians had faith in the American electorate, they still believed that great men were rare in American presidential politics. This view persisted for much of the nineteenth century. Writing in 1889, James Bryce, the historian and Liberal MP, asked ‘who now knows or cares to know anything about the personality of James K. Polk or Franklin Pierce? The only thing remarkable about them is that being so commonplace they should have climbed so high’. For Bryce, the presidents of the Victorian era, apart from Lincoln, had generally been ‘intellectual pygmies’. Of course, what Bryce, Mill, Baxter and their fellow Victorian MPs would have made of today’s two candidates and their vastly expensive campaigns is another matter entirely.

This entry was posted in Biographies, Elections and tagged American presidents, United States of America. Bookmark the permalink.

2 Responses to American presidential elections: the view from the Victorian Commons